The Who, What and How of Temperature Chambers

From clean energy-producing windmills that bake under the searing sun, to NASA space shuttles that rip through the earth's atmosphere toward temperatures hundreds of degrees below zero, extreme conditions require resilient materials for assets to perform in punishing conditions. A temperature chamber is a type of climate chamber that can establish if said materials are built to withstand what the environment throws at it. If you've heard of a temperature chamber, or are unfamiliar with this kind of testing equipment, we'll walk you through some of the details of what it is, how it works and why Auto Technology is your one-stop destination for high quality environmental chambers and reliable, accurate performance testing results.

What is a temperature chamber?

Think about all the items, features or pieces of equipment that are subjected to the unpredictabilities of the climate: street signs, lamp posts, turbines, solar panels, metal roofing, steel doors, copper wiring, playground equipment, swing sets … the list is endless. Manufacturers can't just guess or hope that their products will perform and last when they're under stress, and certainly not when they make guarantees that they're built to last. Developers have to be sure, or find a solution that will enable their materials to hold up if testing results suggest they don't have what it takes. A temperature chamber offers a glimpse into how specimens will respond by reproducing the conditions that said specimens are likely to encounter when installed, driven, placed, relocated or otherwise used. This is made possible by a test chamber being a controlled environment. The ability to introduce humidity, frigid cold air, hot air or intense moisture enables organizations to see the effects of weather in real time. But the tests have to be performed accurately – and the temperature test chamber must be of premiere quality for the test to be meaningful and truly reflective of what would occur in real life.

What specific industries or businesses make use of temperature chambers?

Product-based industries are typically the ones that get the most productive and informative use out of temperature chambers. Stakeholders take advantage of them to lengthen their products' lifespan so that they remain as productive and useful as possible. This translates to improved customer satisfaction for the user and also helps to lower operational expenses for producers.

Here are a few of the kinds of business that rely on temperature chambers:

From cell phones, fiber optics and switches in telecommunications to vinyl siding, composites and polymers in plastics, products need to be able to withstand a host of adverse conditions that can threaten their longevity. Temperature chambers provide businesses with the data they need to determine how long their products will stand to the test of time along with insight on what applications can  enhance their staying power.

How does a temperature chamber work?

Thermal cycling: Thermal cycling is a controlled process in which the temperatures within the thermal test chamber goes back and forth, from extreme heat to frigid cold. How intense these temperatures ultimately are – and the duration of time the heat or cold remains in place – depends on the amount of thermal stress that the test subject can withstand. Similarly, how quickly the temperatures rise and fall within the chamber can vary and depend on what the test subject is capable of absorbing.

Burn-in: Whereas thermal cycling alternates between temperature high and lows, a burn-in test is the opposite: the temperature holds steady for a given testing period. Thus, a burn-in test is ideally suited for parts, components or products residing in environments where temperatures stay relatively constant. A classic example is a semiconductor inside a mobile device, consumer appliance or always-on desktop computer.

Thermal shock testing also has three different kinds of testing chambers. For example, a two zone shock chamber leverages a basket to physically carry the subjects from one zone to another, each zone being hot or cold. Two zone double capacity shock chambers have two hot zones and one cold zone, with the latter zone (cold) being always on. Finally the three zone thermal shock chamber has three zones of temperature: hot, cold and ambient, meaning room temperature.

What types of temperature chambers are available?

There are at least five types of temperature chambers, whose titles help to delineate how they're different from one another. They include:

You may specialize in quality, but you don't truly know how your materials bring superior performance until you've had them stress tested. Auto Technology operates the largest environmental testing and temperature testing facilities in the U.S. and we produce more corrosion test equipment and test chambers than anyone else. Contact us today to learn more. 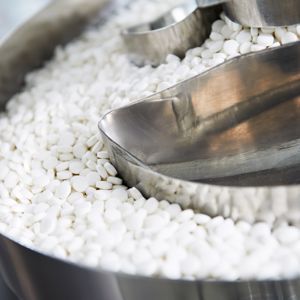